There seems to be a problem with the older MySQL driver and IntelliJ Ultimate. When I tried to connect to a remote MySQL instance using a tunnel, IntelliJ would refuse to connect. IntelliJ would show an error similar to the following:

The linked online help page was not really helpful. I could create the tunnel manually and verify the settings, all seemed fine. As a next step I inspected the MySQL error log on the remote server and noticed that errors in relation to my connection attempts wer showing. Thus I knew at least that the connection issue was not caused by SSH, but rather seems to be related to MySQL.

I then upgraded the MySQL driver and the connection worked out of the box. I use a SSH config section similar to this:

This can then be used in IntelliJ. For more complex setups, for instance when you need to connect to AWS RDS and have to use a bastion host, I found it easier to setup the connection details also in the SSH config file and keep the IntelliJ configuration simple. 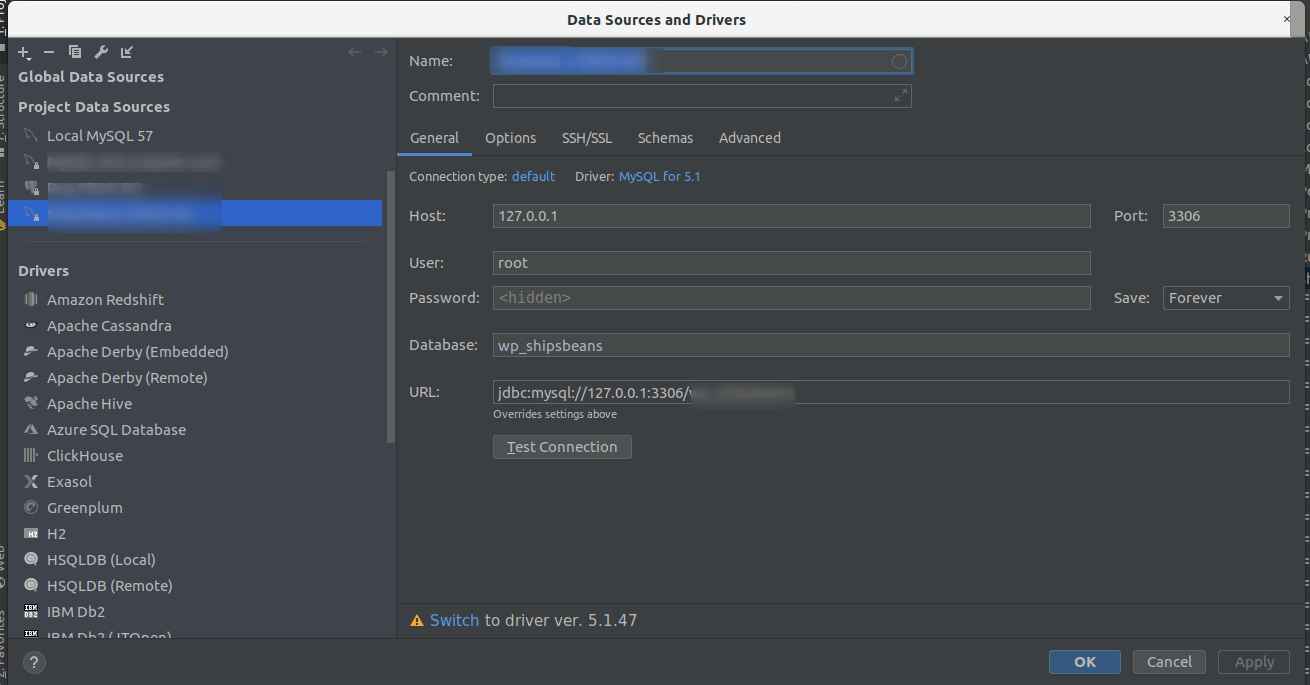 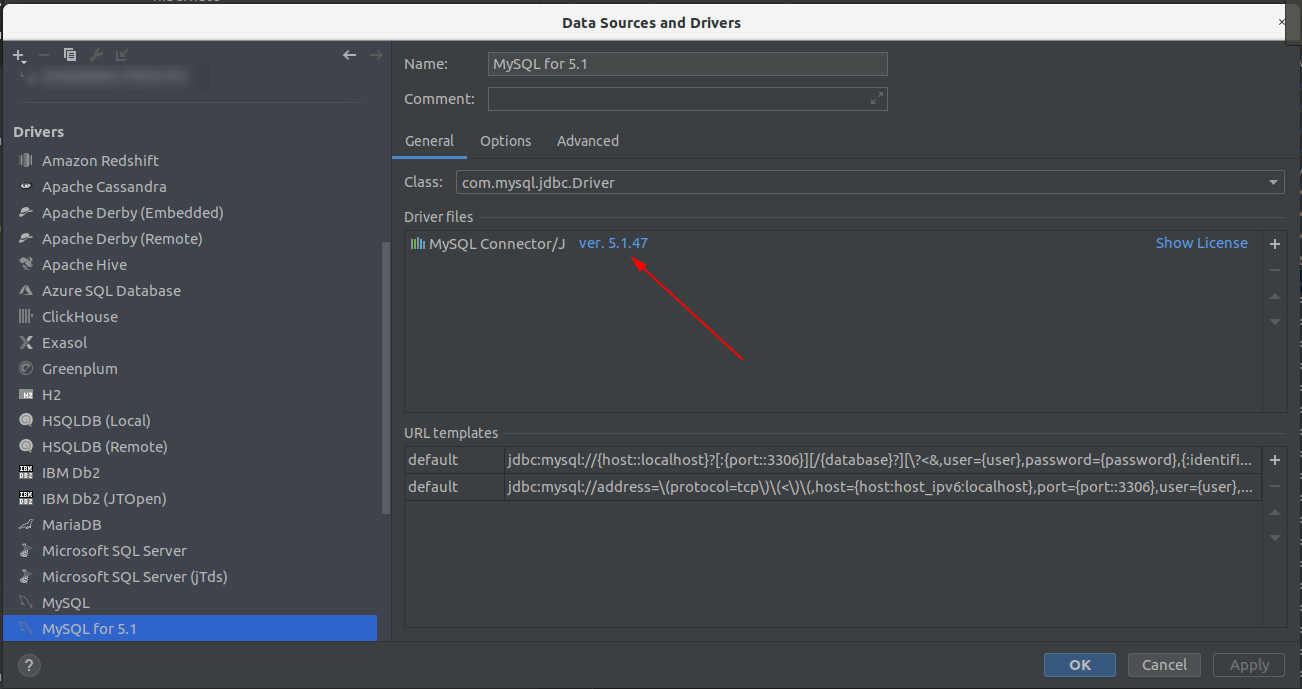 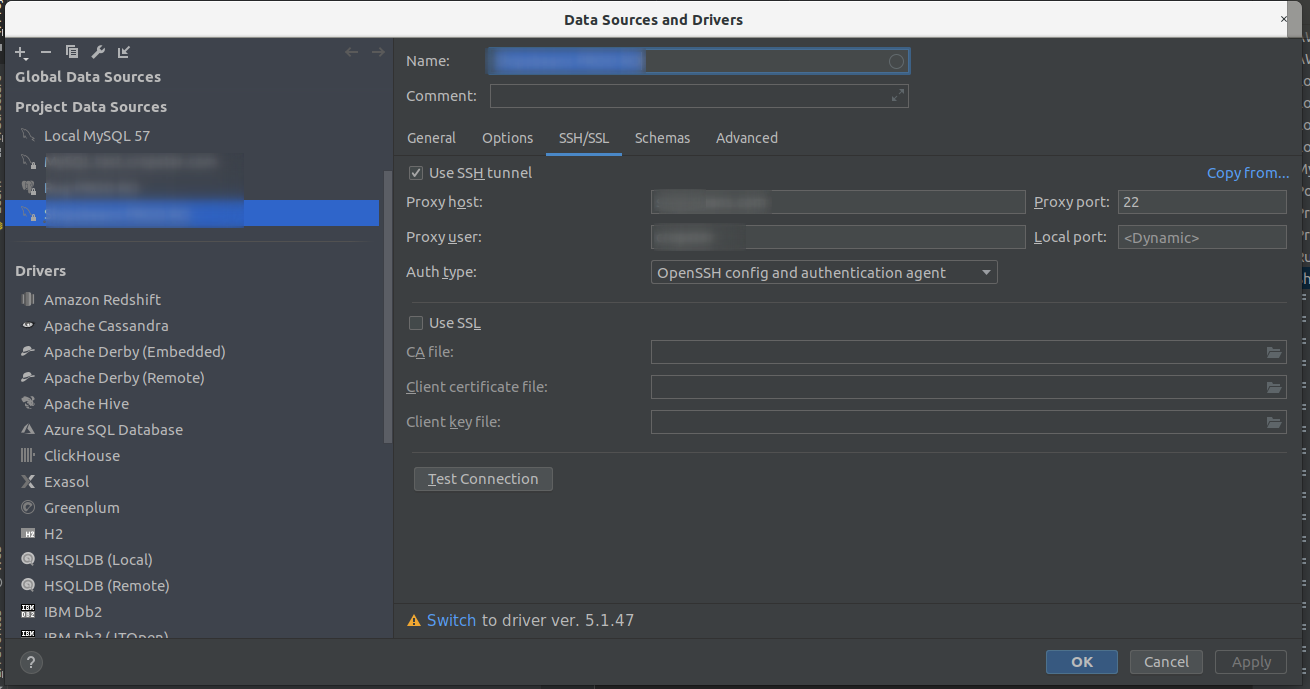 When using variables inside SQL scripts within IntelliJ products (e.g. DataGrip), certain queries will not work because the encodings of the IntelliJ client and the server missmatch. This occurs for instance when you compare variables. A typical error message looks like this:

Eclipse and IntelliJ are both great Java IDEs, which have their own communities, advantages and disadvantages. After having spent a few years in JetBrains IntelliJ Community Edition, I got accustomed to the tight and clean Git integration into the user interface. Now I consider switching back up Eclipse, I stumbled over a few things that I try to describe in this post.

Eclipse utilises a workspace concept, which allows to work on several projects at the same time. IntelliJ in contrast allows only one open project and organizes substructures in modules. A comparison of these concepts can be found here. These two different viewpoints have effects on the way how Git is integrated into the workflow.

The different views on project structures of both IDEs imply that Git repositories are also treated differently. While IntelliJ utilises the root of a repository directly, Eclipse introduces a subfolder for the project. This leads to the interesting observation that importing a project from Git again into an Eclipse workspace requires a small adaption in order to let Eclipse recognize the structure again.

In order to get familiar again with Eclipse, I created a small test project, which I then shared by pushing it to a Git repository. I then deleted the project and tried to re-import it again.

Create new test project. In this case a Spring Boot Project, which works with Maven. Note that the new project is stored in the Eclipse workspace.

As the second step, we create a new repository. Login into Github or your Gitlab instance and create a new project. Initialize it so that you have a master branch ready and copy the URL of the repository. We will then add this repository by opening the Git Repository perspective in Eclipse and add the repository. You can provide a default location for your local repositories in the Eclipse -> Team -> Git properties. In the Git Repository perspective, you can then see the path of the local storage location and some information about the repository, for instance that the local and the master branch are identical (they have the same commit hash). Note that the Git path is different than your workspace project path.

We now have a fresh Java Maven based project in our Eclipse workspace and an empty Git repository in the default location for Git repositories in a different location. What we need to do next is to share the source code, by moving it into the Git storage location and add it to the Git index. Eclipse can help us with that,, by using the Team->Share menu from the Project Explorer view, when right clicking on the project.

In the next step, we need to specify the Git repository we want to push our code to. This is an easy step, simply select the repository we just created from the drop down menu. In the menu you can see that the content of the current project location on the left side will be moved to the right side. Eclipse created a new subfolder within the repository for our project. This is something that IntelliJ would not do.

In this step, eclipse separates the local and custom project metadata from the actual source code, which is a good thing.

In the fifth step, we simply apply some changes and commit and push them to the remote repository using the git staging window.

After this step, the changes are visible in the remote repository as well and available to collaborators. In order to simulate someone, who is going to checkout our little project from Gitlab, we delete the project locally and also remove the git repository.

Now we start off with a clean workspace and clone the project from Gitlab. In the git repositories window, we can select clone project and provide the same URL again.

In the next screen, we select the local destination for the cloned project. This could be for instance the default directory for Git projects or any other location on your disk. Confirm this dialogue.

Now comes the tricky part, which did not work as expected in Eclipse Neon 4.6.1. Usually, one would tell Eclipse, that the cloned project is a Maven project, and it should detect the pom.xml file and download the dependencies. Todo so, we would select Import-> Git -> Projects from Git and clone the repository from this dialogue. Then, as a next step, we would select the Configure -> Convert to Maven Project option, but Eclipse does not seem to recognize the Maven structure. It would only show the files and directories, but not consider the Maven dependencies specified in the pom.xml file.

What happens is that Eclipse tries to add a new pom.xml file and ignores the actual one.

Of course this is a problem and does not work.

Instead of using the method above, just clone the repository from the Git Repository perspective and then go back to the Project Explorer. Now instead of importing the project via the Git menu, chose the existing Maven project and select the path of the Git repository we cloned before.

And in the next dialogue, specify the path:

As you can see, now Eclipse found the correct pom.xml file and provides the correct dependencies and structure!

Which IDE you prefer is a matter of taste and habit. Both environments do provide a lot of features for developers and differ in the implementation of these features. With this short article, we tried to understand some basic implications of the two philosophies how Eclipse and IntelliJ handle project structures. Once we anticipate these differences, it becomes easy to work with both of them.